Farming’s hard. So why do it? 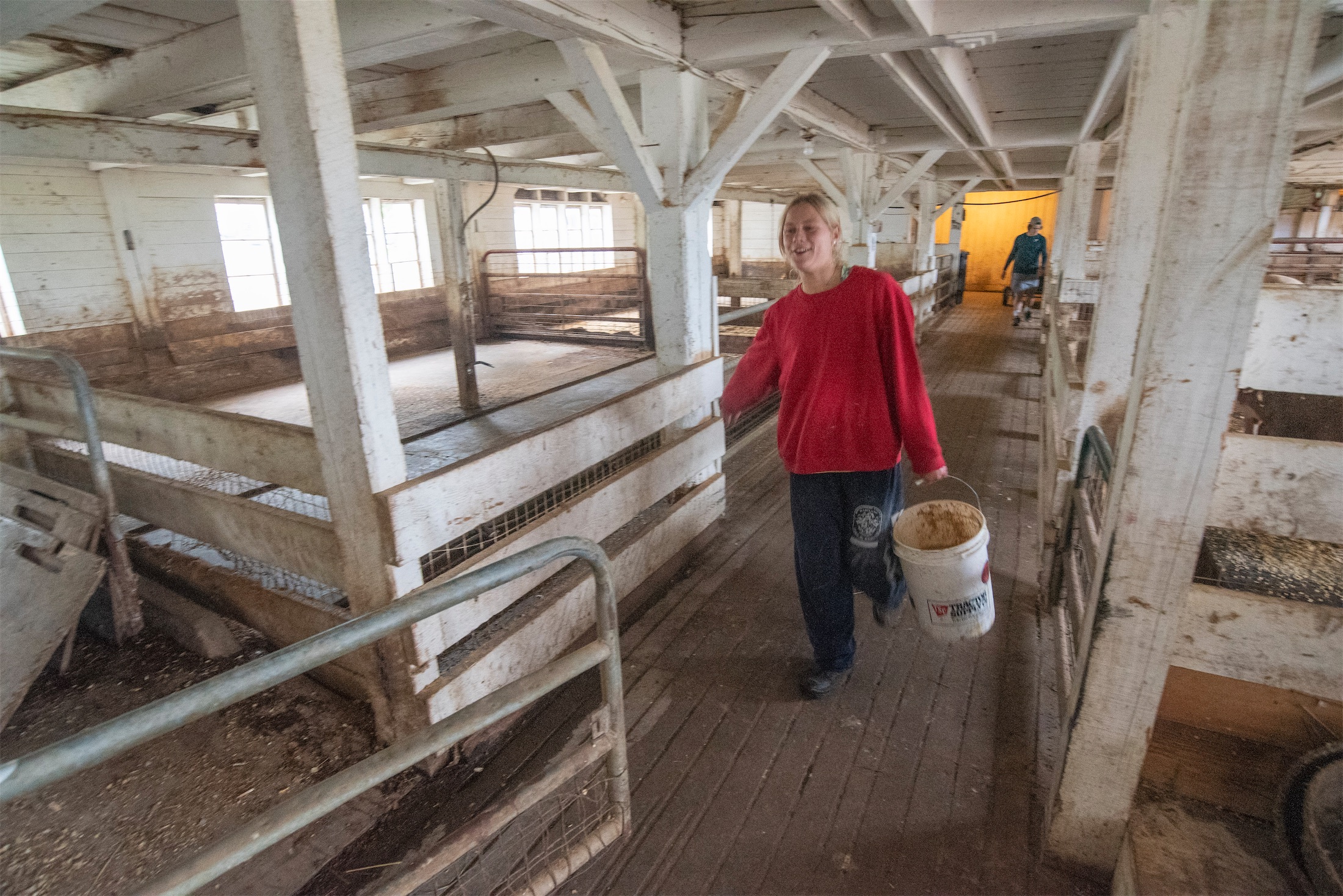 My wife recently received a message from a friend who said she admired what we were doing in moving from white-collar careers in Washington, D.C., to operate a farm in Vermont, but she couldn’t imagine why we were doing it.

Truth is, sometimes we wonder ourselves. In previous columns, I have described our struggles, failures and occasional triumphs. I have extolled the virtue and benefits of hard work, and I have reiterated our claim that we believe life is better for us on a farm in Vermont than it was on a leafy street in the nation’s capital. The reasons for this are varied and too involved to be explained in 1,000 words.

Breaking down the message sent to my wife, it can be seen as a question, something like, “Why would you leave a comfortable existence in a large, cultured cosmopolitan city for struggle, strife and no money on a farm in backwoods Vermont?”

We hear versions of this question all the time, framed slightly differently sometimes, but always similar: What you’re doing is honorable and pure, I suppose, but it looks so hard. Is it really worth it?

I just finished Amor Towles’ excellent new novel, “The Lincoln Highway.” One of the book’s most compelling characters is a young woman named Sally raised on a farm in Nebraska. With no mother in the house, Sally was expected to run the household, which she did without complaint for years, requiring an almost complete negation of self. She performs her work with pride and conscientiousness. Her life is hard.

Sally is a minor character, but she is provided a major soliloquy around page 100 of the nearly 600-page novel. In response to the question of why she would bother to make preserves when “Thanks to Mr. Smucker, at the grocery store there are fifteen varieties of jam selling for nineteen cents a jar, season in and season out.”

“I do it because it’s time-consuming,” she says. “Whoever said that something worthwhile shouldn’t take time?”

After explaining that “Time is that which God uses to separate the idle from the industrious,” and “Just because something’s new doesn’t mean it’s better; and often enough, it means it’s worse.”

Sally’s character is old fashioned, especially in a world obsessed with performing only what’s necessary and ultimately self-serving.

I’m not saying running a farm is a self-sacrificing moral good, but it is hard and its rewards are not immediately apparent or relevant to today’s economy. And so far, it works for us.

During this latest cold snap, warmth is at a premium in the barn. The cats and pigs seem especially tuned to seek heat, mostly by huddling together, the cats in curled nautiluses of fur and the pigs stacked head to tail like fleshy logs. When a Jersey calf was born a couple of weeks ago, it got its own pen and a heat lamp. Several of our barn cats took to sleeping with the calf, which is an adorable sight and never failed to illicit a sigh of pleasure from whomever saw it. Not only is it cute, but it seems to reach some part of us that craves harmony and shared purpose.

After the calf lost his heat lamp to a new litter of piglets, the cats migrated, too. It’s nearly impossible not be charmed by the sight of a furry cat among a pile of wriggling pink squealers.

Of course, the animals are only after life-sustaining heat and have no altruistic motivation.

I’m told there’s a local horse farm that is visited in winter by a barred owl. Apparently, the owl perches on the stall boards of a particular horse and comes every year without fail. That is harder to explain than simple self-preservation. Why would an owl visit the same horse every winter? There’s no obvious symbiosis between them, no tit for tat. I’d like to imagine they hang out all winter because they like each other, and I’m more than likely wrong. The fact I want to believe that says something about me.

We had three litters of pigs born in the last several weeks. One sow that farrowed eight piglets was discovered to have only three working teats, not enough to sustain her piglets. Without milk, the ones unable to fight to one of the viable teats would die. One of the other litters were ready to wean, so I removed that sow’s piglets and replaced them with six from the three-teat mother.

Initially, the surrogate sow seemed to miss her own piglets and would not settle and feed the newcomers. After a half-day of no feeding, I put the smallest piglet from her litter into the pen with her and the little piglets. It worked. She lay down to feed her piglets and allowed the newcomers, not her flesh and blood, to nurse as well.

I don’t believe there was any kindness on the sow’s part, but it still made me feel good about life and the world in general. Now, not to ruin a good feeling, but three of the piglets have since died, perhaps because they didn’t receive adequate milk early in their lives. But animals die pretty regularly on a farm, a fact I covered in my December column.

Farming is hard, but it’s also rewarding. We happen to find the rewards possible in farming to be more valuable to us than the rewards of climbing the corporate ladder, for example.

Our farm hand was off all last week, so we were on our own for nine days. Of course, during that time, a tractor stopped working and the cats, the piglets and a milk cow got sick with various ailments, on top of the arrival of extreme cold making everything exponentially more difficult. It was a hard nine days, physically and emotionally draining. Still, it felt good because it was hard, and I was proud of us. The difficulty of the endeavor is not a mark against it, but a mark for it.