The art of doing it yourself 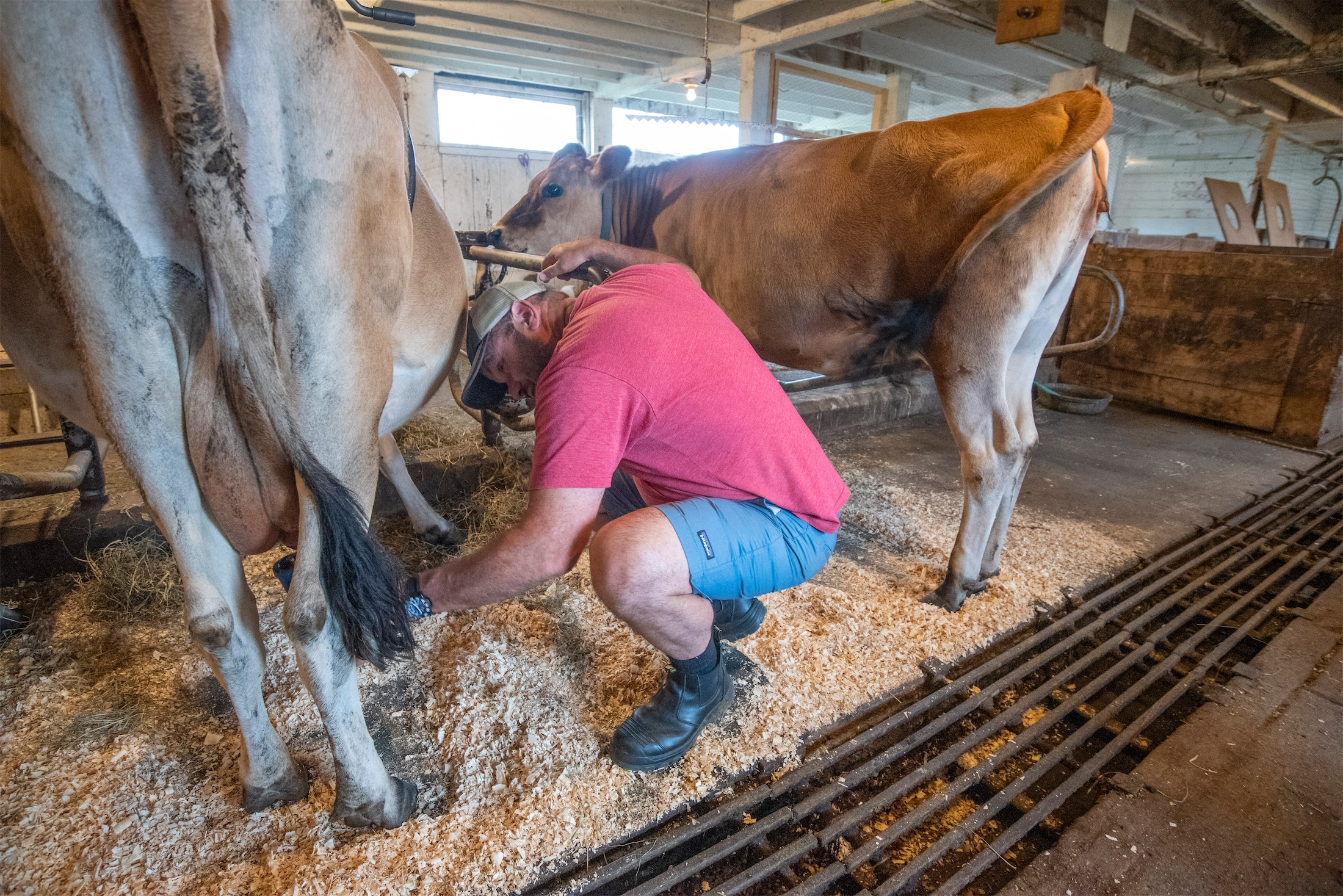 Bucking wood makes me feel manly. There’s something about a gurgling and then roaring chainsaw and a relentlessly unstoppable splitter that makes the chest cabbage grow. And a splitting maul? Forget about it, especially the heavy 8-pound one. Let the pec pounding commence. In fact, just saying “bucking wood” feels manly.

When we lived in Washington, D.C., I used to make believe by splitting kindling with a puny ax. It’s not the same when you order a half-cord every year from a guy in Maryland and he stacks it neatly on the back porch and leaves a cardboard box full of perfect kindling. I’d make up for the lack of muscular challenge by carrying in a huge armload of wood. I stopped that, though, after I tore a hole in the sleeve of my favorite cashmere sweater.

I’ve come to realize what I was feeling wasn’t actually manliness, but the pleasure of using my body to work. When you live in a big city, you don’t have to use your body a lot to get stuff done. You can just phone for what you need. Or if that’s too much trouble, send a voice text. You get soft. Fast.

And I was considered pretty handy by my city friends because I owned a power drill and knew how to hang shelves and a sheet of drywall. Once I assembled my own shelving and a buddy asked, “Why?” He was incredulous I would spend my time doing manual labor.

When we moved into our D.C. house, we relined the chimney so we could have real wood fires. When we left the house, one of the first things the guy who bought it did was put in a gas fireplace. I guess he has a lot of pretty nice sweaters.

New York Times bestselling author Matthew Crawford has a degree in physics and a Ph.D. in political philosophy from the University of Chicago. A really smart guy. Right out of school, he landed a gig at a prestigious D.C. think tank. After five months, he quit to open a motorcycle repair shop. He says our occasions for being directly responsible for our own environment through working with our hands, have become fewer and fewer. As a result, we are pervaded with a creeping sense of passivity and dependence. That’s exactly what I was feeling. I was separated from the things I wanted to create by a contact list full of tradespeople. When I lived in D.C., or any city, my spirit of craftsmanship was dying.

There’s a purity to manual labor and the results are immediate and gratifying when you get it right. “I did that!” a voice inside you says, and it’s a much better feeling than hosting a Zoom call or writing 20 emails about a physically and spiritually distant subject.

Vermont offers more respect for manual labor than any city I’ve lived in, probably because the state is so rich in natural resources, and so many are still engaged in forestry, farming, mining and other highly physical jobs.

Earlier, I used the word “manliness” to describe how I felt about bucking wood. but that isn’t the right word because it excludes women. Some of the hardest working and toughest people I’ve seen are women in Vermont. Jen, who works in our garden, is the hardest worker I’ve ever seen and she’s way tougher than some hobnailed, bearded lumberjack. I’ve spotted my neighbor, Sarah, with her hands wrist-deep in a greasy engine, and Gwen, who repaired a whole bunch of windows in our barn, works so long without so much as turning her head, we call her “Zen Gwen.”

I saw an ad somewhere recently for “Women with Chainsaws” in Woodbury. I think they get together to rev their Stihls without any idiot man around offering advice. The name of their group is pretty tough sounding.

“Mens sana in corpore sano,” wrote the Roman poet, Juvenal, about 2,000 years ago, which means: a healthy mind in a healthy body. So the idea of physical work being good for you physically and mentally isn’t a new one, even the ancient Romans figured it was ultimately better to dig your own holes once in a while instead of just paying some guy to do it for you.

Although I rarely ever want to do my own hard physical labor, I always appreciate it afterward, the ache in my shoulders and upper back after shoveling wet compost over our enormous asparagus bed or from carrying 40 bags of 50-pound feed into the barn. Even wrestling 200-plus-pound pigs into the stock trailer carries its own particular satisfaction.

This past winter, I was in the barn fixing the gutter chain and was covered in cow and pig manure, my pants frozen into folds with animal urine. Luke Martin was helping me for no reason other than he’s a good guy. I looked at the black half moons of filth on all my fingernails and said, “You know, I used to be a guy that got manicures.”

Luke looked at me, thought for a moment and decided to be generous in his judgment. “Unless you’ve got one hand on a cow teat and the other around a peanut butter sandwich, you’re not farming.”

Yes, Vermont makes you appreciate the value of some good hard work, more than any amount of leaf raking or shelf hanging in the city can. I’m not sure anyone in Vermont likes manual labor any more than anyone in D.C., but they just get on with it and get it done.

I like it. There’s something about dropping into your favorite chair with a beer that you have earned that makes it taste way better.